As part of FNC Explore, a section dedicated to new media works, the Festival du nouveau cinéma is presenting a live performance of MOTTO (in French), the latest project from Vincent Morisset. 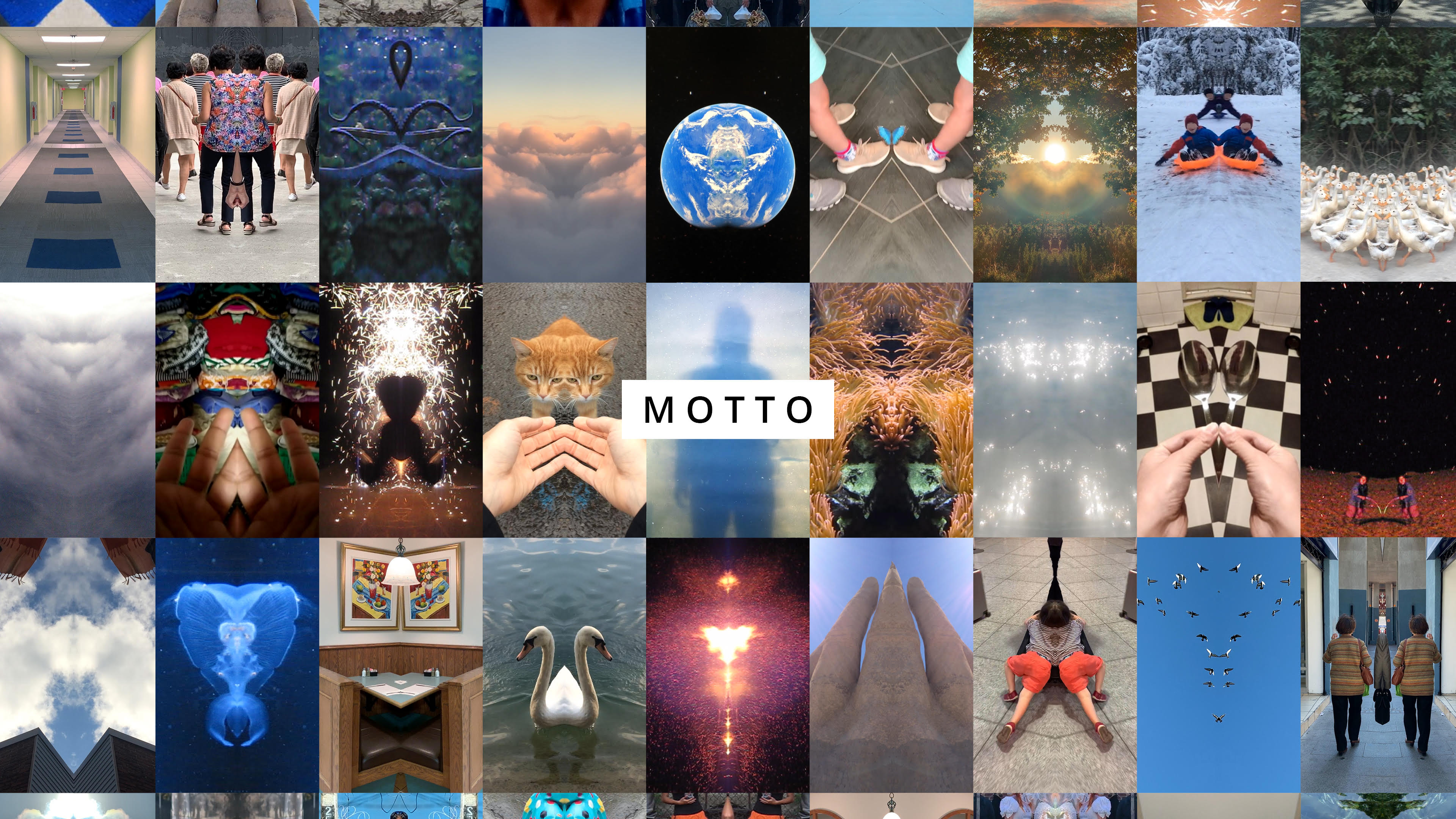 As part of FNC Explore, a section dedicated to new media works, the Festival du nouveau cinéma is presenting a live performance of MOTTO (in French), the latest project from Vincent Morisset.

A true pioneer of interactive videos, Vincent Morisset first gained notoriety via his close collaboration with the award-winning Montreal music group Arcade Fire. The interactive music video for the song NEON BIBLE is widely considered to be the first of its kind. By exploring new digital avenues and integrating the audience’s input into his projects with the band, Vincent Morisset has pushed the boundaries of the music video and rethought the ways to promote musical artists.

Vincent Morisset has created several projects with his digital creation studio AATOAA, including the interactive animation film BLA BLA (2011), one of his many collaborations with the NFB. Divided into six chapters, each depicting a different aspect of communication, the work is filled with charming characters created from a combination of traditional and computer animation techniques. The unique experience is generated by the user, as the non-linear narrative is constructed through point-and-click choices. BLA BLA, which proves to be a reflection on human communication and storytelling in the digital age, has won several awards including a Webby Award for best web art.

In 2015, the AATOAA team released the interactive experience WAY TO GO, another award-winning project. Enhanced by the music of composer Philippe Lambert, this virtual forest walk can be explored using a web browser or Oculus headset for 360-degree virtual reality experience. Combining cinematic language and the mechanisms of traditional video games, the work transports the spectator at the center of an experience where getting lost is part of the journey.

The latest project from the AATOAA team, which includes Vincent Morisset, Édouard Lanctôt Benoit and Caroline Robert in collaboration with the author Sean Micheals, once again elevates the role of the spectator to that of co-creator. The culmination of three years of work, MOTTO is an interactive mobile web experience halfway between a ghost story and a treasure hunt. Using thousands of short videos, the anonymous contribution of the participants shapes the experience. The Festival du nouveau cinema will be presenting the North American premiere of MOTTO LIVE, a performance inspired by the interactive MOTTO project produced by the NFB. Broadcast live from the AATOAA studio and a few streets of Montreal’s Petite-Patrie, the narration will be provided by actress Marie Brassard and Sean Micheals. Don’t miss this unique opportunity to discover the latest project of the prolific creator Vincent Morisset and his wonderful team. 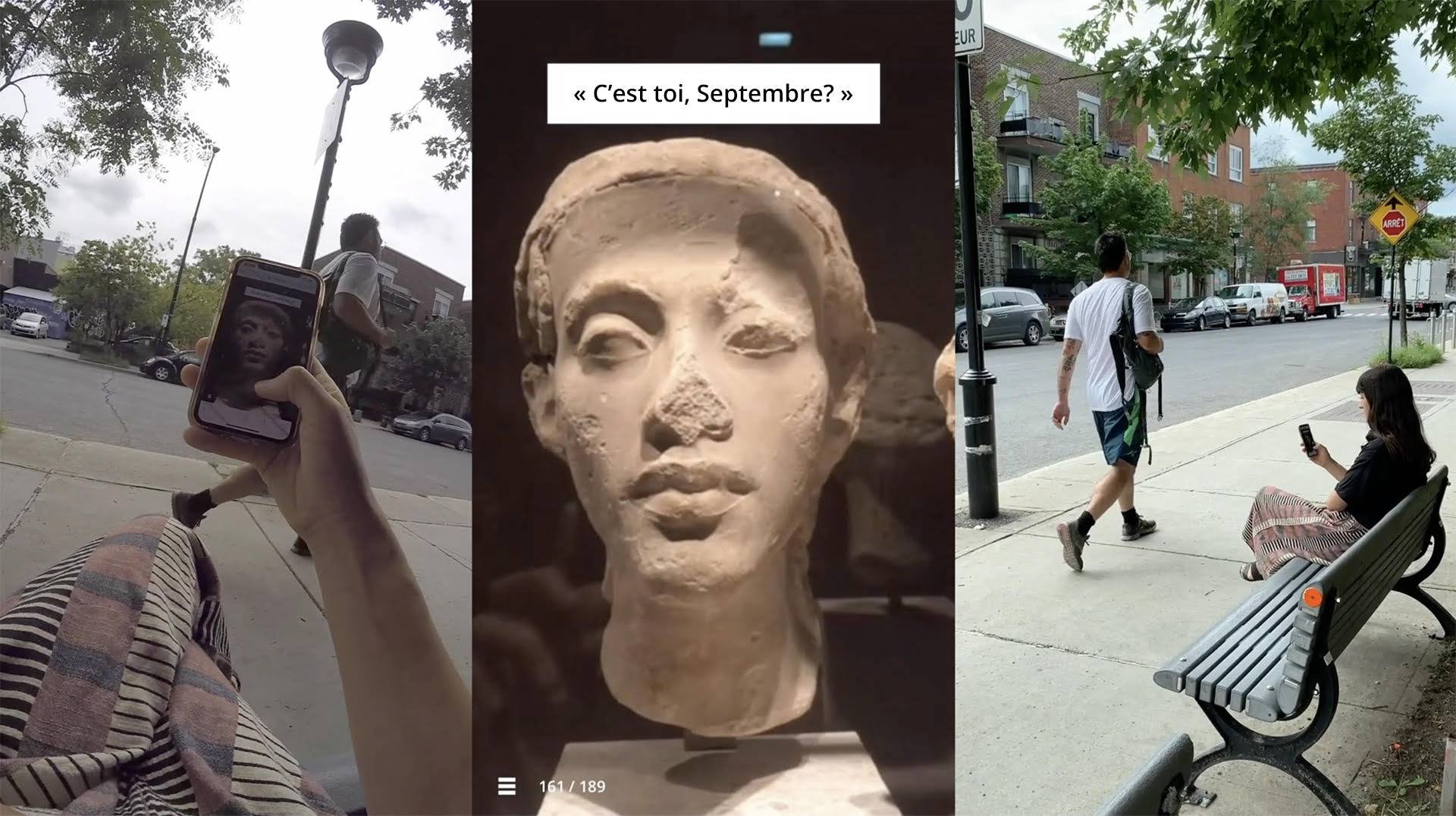 The live performance will be offered online on October 15, 2020 at 4 pm (Montreal time). Although the event is free, spectators are required to get an online ticket in order to attend.