Who wants to sleep when there are FNC's Nights?

FNC'S NIGHTS ARE BACK

Who wants to sleep when there are FNC's Nights ?

Evenings are lively at the FNC : shows, performances, launches and loungey vibes where to discuss cinema, the Agora Hydro-Québec du coeur des sciences de l'UQAM is the lair where all things seemingly impossible become possible the time of the Festival. Gather around and meet fellow festival-goers, professionals and, of course, our distinguished guests.

Get your tickets here

To celebrate the 30th Anniversary of the Fall of the Berlin Wall, FNC is offering you a night out inspired by berliner techno with KOMPROMAT, for the 1rst time in Nort America!
KOMPROMAT is a new band performed by Vitalic & Rebeka Warrior. Inspired by old berliner techno music, it’s somewhere between Einstürzende Neubauten and Crash Course in Science. Punk, rock, dark & sweet, KOMPROMAT smells like a battle cry and acall to prayer. It makes you wanna lift yourarms in the air and dance while crying

As first act, let yourself be subdued by this Montreal-based artist: producer and singer-songwriter Xarah Dion, a major figure in the minimal wave scene led by her incisive sounds, ethereal songs and hypnotic compositions.

KOMPROMAT on at 10pm 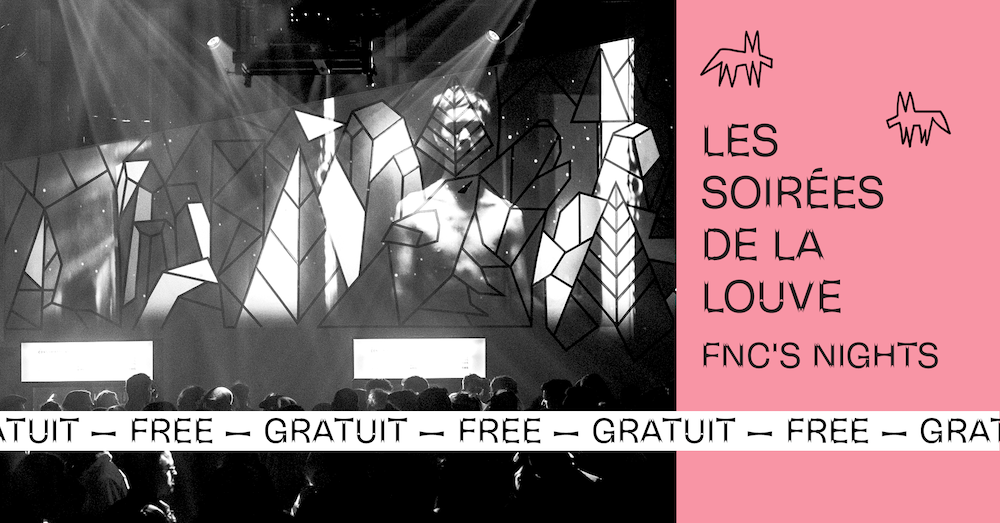 There is something verynight at FNC's headquarter !

WAPIKONI : 15 Years on Wheels! A Celebration with Musique Nomade

All Alien Night Out, at Cinema Imperial (8pm-6am) - Fb event